Photos of the trip 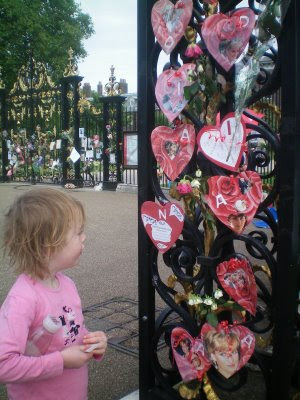 Fred at the Princess Diana Memorial in Kensington Gardens. It was an interesting experience for both of us and I could tell Fred was really thinking about what it all meant. I don't know what sort of counter-narrative it was though, in some ways the tragic true story of Princess Diana reinforces all those terrible Princess myths - no happy ever after, but look what happens to you if you break the mould and divorce your 'rescuer' prince. Later I discovered Fred actually things getting married and being rescued are the same thing, she says 'but did you and Daddy get merried?' and when I say yes (she's seen the photos) she says 'well, he rescued you then'. Her voice had an edge of nervous uncertainty, the way she sounds when she's suddenly not sure she's right. 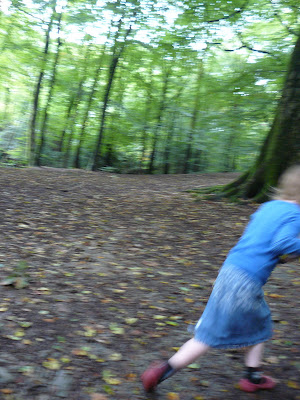 I have so many photos of Fred darting away from the camera or just generally running about, but the colours in this delight me. This spontaneous walk in the woods ended well when we discovered that we'd emerged not far from our hotel in the Lake District. 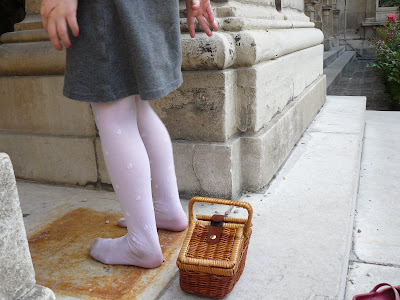 Fred carried this basket all over Paris much to the delight of everyone who saw us. This was taken at the Musee Carnavalet, devoted to the history of Paris. 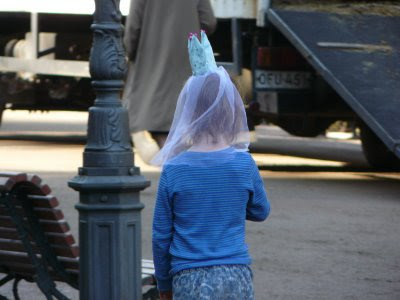 We bought this crown in Helsinki and Fred wore it for ages. She walked with such poise, giving out gracious smiles, and all who saw her beamed. She had people craning their necks watching her progress until she was out of sight. I walked some way behind her, snapping photographs, like her entourage. 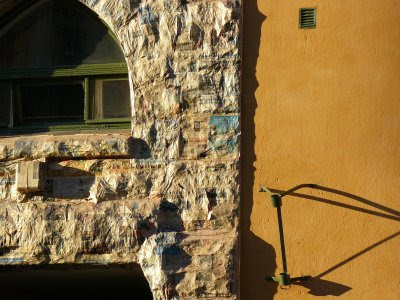 Architecture in Helsinki - ha ha. They were redoing the facades of an old apartment building - that's newspaper, like giant papier mache. In the late afternoon autumn light the buildings looked amazing.

Photos from the trip here and some more here.
thought up by me, Penni Russon at 10:24 AM