You know you're really a mum when the cards are the best bit.
Una's card: 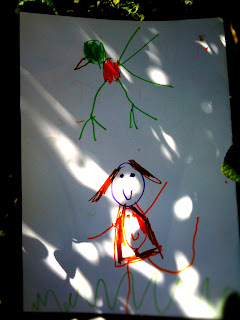 That's the baby in my tummy of course. Below is what Una wrote inside, Martin told her the letters. The s is just for practice. 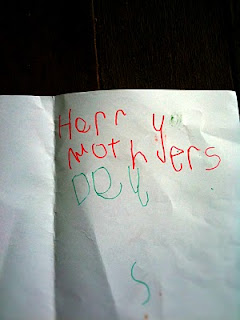 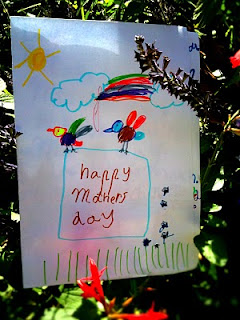 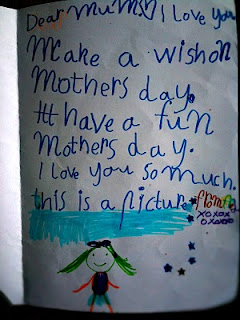 From the mother's day stall at school: 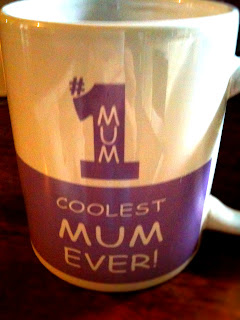 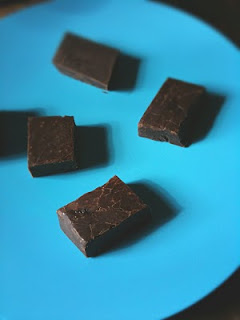 Chocolate fudge made by Martin and the girls from a recipe book Fred picked up free at the supermarket. Here's the recipe. 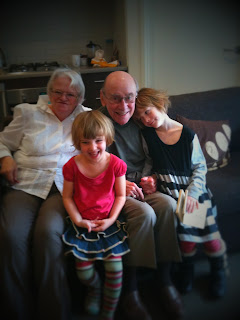 And my mum (and dad), who were in town for mother's day. We had danishes and croissants for breakfast.

And Mum and Dad also looked after Una on Friday while we went and had our 12 week scan. We were of course not expecting at this early stage to find out the gender, so we were pretty shocked to be told that the sonographer was 85-90% sure it's a boy. Shocked is the understatement. We both came out spinning. And we still are. 'Don't paint the nursery blue yet,' said the sonographer, and we won't be throwing out the bags and bags of girl's clothes just yet either. But oh. A boy. Even the possibility of a boy. Whew. We're still spinning.
thought up by me, Penni Russon at 11:45 AM