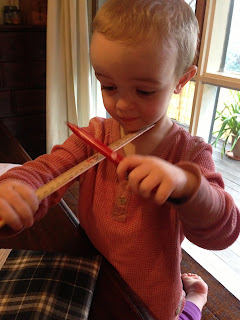 This is how I made the dark: I made the boy who opened the curtain and saw the light was gone.
thought up by me, Penni Russon at 9:20 PM