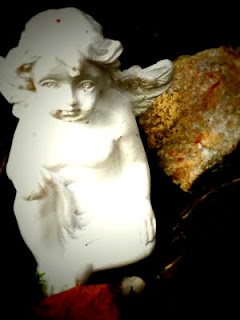 I love tiny worlds. I have never quite stopped believing in fairies. Actually I believe in everything - Santa, God, Buddha, fairies, monsters under the bed. To me, everything is true and nothing is real (not even you), and that is why I deal in stories.

Anyway, tiny worlds, I loves em. Who doesn't? We got this idea from an Usborne "make and do" book we bought Una for Christmas. It was easy, fun, instantly gratifying using things we had accessible. The project also has remained interesting, watching the moss establish itself and grow. We started the ones below in summer. The top one is Fred's made in an old cake tin. Fred looked for flat stones to make a fairy path. She was also quite particular about only using one type of moss. When it was first done because it was summer and quite dry, it looked a bit patchworky, but all the moss has thickened up and become quite lush. 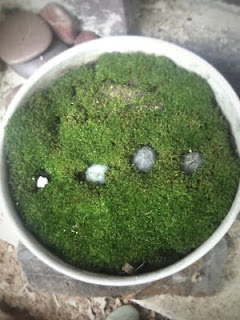 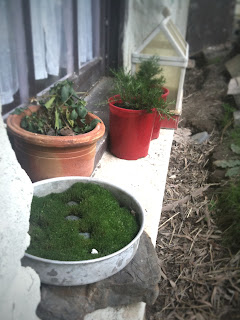 This one is Una's: 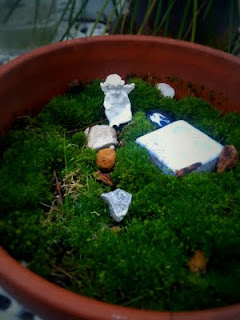 For hers we used a terracotta pot. Because of the better drainage hers doesn't stay quite so damp (Fred's has drowned a few times but always survives), and it took longer to get lush. In Una's there's an old ceramic tile, stones, a glass pebble and a little cherub, all things we had around the house. So now, without further ado, here is a quicky tutorial. It is a bit cheeky calling it a tutorial when it is very straightforward but it makes me feel important.
Excuse me owl, can I borrow your home? I have an excellent temporary dwelling for you. Think of it as a little holiday in the south of Spain. What do you mean you can't dance like that? Just lift your arms...oh yeah. Sorry. You're a Greek owl. 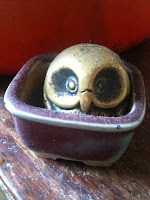 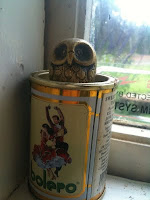 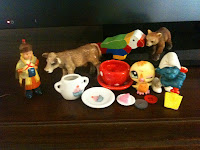 You will need:
a container (cut off milk carton, empty cake tin, pot plant holder, butter container, tea cup, anything you like really.)
A teaspoon 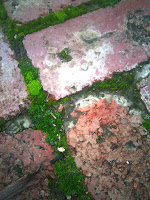 Dirt
Moss (any sort of moss will do)
You will also need any pebbles, toys, buttons, tiles, stones, bits of random crap you choose to decorate your moss garden with - please refer to above picture of random crap. 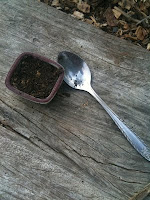 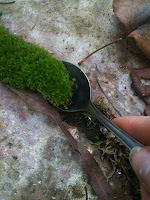 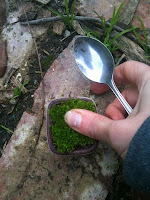 Using your spoon as a spade (not your Nana's best silver probs), fill your container with dirt. Can be crap dirt pebbly dirt, doesn't need to be potting mix or anything. Scrape some moss up with your spoon. Gently press it in. Because my container is small and the moss is so green and PHAT, mine looks quite neat and tidy, but it doesn't matter if yours doesn't, as the moss takes hold it will fill out over the days and weeks. This is part of the fun of it. In the pictures above, Fred laid her stones out first and then planted the moss around them, Una pressed hers into the moss afterwards. Because mine is a hillock for a wol, I am not decorating it. 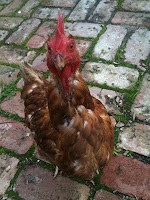 By the way, should they catch you at it, your chooks may look at you like this. What you doin' crazy human?
But your owl will be most pleased. 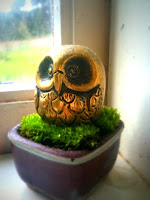