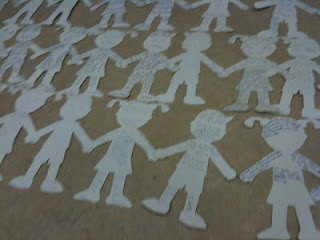 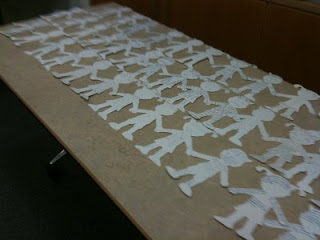 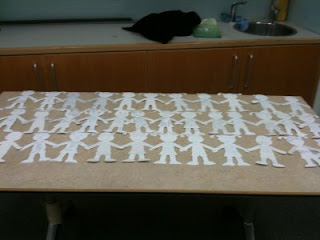 I am currently conducting workshops at the State Library for 16 or so 13-17 year olds who are coming to the library in their school holidays to write. I love them all, for that fact alone. I so would have done it as a teenager.

Anyway, today I tried a new exercise with them, and took these photos of the results with my (ahem) new iphone. This last picture is of my two examples, and the middle one is Fred's*. They were a precursor to a storywriting exercise but the wordboys and wordgirls were often stories in their own right, conveying so much through an economy of language and a rich engagement with character. They were quite arresting laid out on the table together so we could all look over what other people had done. 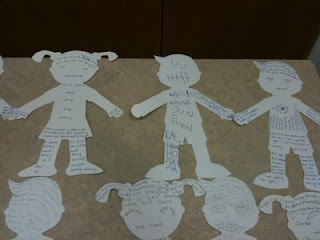 Also I got my hands on Lili Wilkinson's book PINK. It was so pink. And so these things: smart, funny, embarrassing, sweet, funny, oh and did I mention embarrassing? I wanted to climb under the train seat at times (and I think that's where they raise the hell-beasts, made of human hair, so that's saying something).

*It says: 'Jack leaned forward at the gazing sun. Then he went home...(turn over) and built a robot.' I am so jealous of Fred's writing.
thought up by me, Penni Russon at 8:42 PM