Haven't been blogging much lately, especially for a girl whose finished her novel! But this is because of things that keep me busy during the day (editing work, children, parties - I already feel like I'm in that busy lead up to Christmas, exacerbated by all the red and gold aisles in Kmart filled with Christmas crap) and the thing that keeps me busy at night. Yes we were overcome in a moment of weakness and bought it on dvd to celebrate downsizing the television. We've gone from having a fairly typical monster tellie in the lounge room complete with tiny surround sound speakers dotted round the room to the smallest one we could buy, which now sits on the top of our chest of drawers (the one we keep in the lounge room for stuffing ephemera into - though by definition when you store your ephemera it becomes something else: enduring rubbish, but conveniently hidden) and is plugged into the same creature speakers as our airport terminal for the laptops, which is how we listen to music. It means our lounge room is now neater and centred around the couches and the living rather than the tellie and the watching. We don't plug the tellie into an external aerial which means in this house we can't watch television at all, but we don't anyway anymore. Life's too short to watch ads ;) ANd ABC and SBS reception here aren't great even with the aerial. It also means we can make more of the natural light in the lounge room and when it comes to light, natural is the way to go and this was the main motivation for the change - the television was taking up prime real estate!
Anyway, as it turns out our dvd player won't play the Lost 2 dvds anyway (wrong region) so we've been watching them on the laptop. Perhaps we should have skipped television ownership altogether (but I'm not sure I'm ready to parent without television, as shamed as I am to say that). It's been excellent so far, with some interesting narrative structure, particularly in the way they are digging deeper into the past of the characters and the past of the island. But it's way scary. Lost 2 arrived last Thursday. On Friday I woke up with a sore neck from sitting rigid in terror and Martin and I both had nightmares. So we have agreed to keep it to one or two episodes a night.
Here are some photos that Fred took. When you're three and a half, it's all about colour. I love these photos. Enjoy. 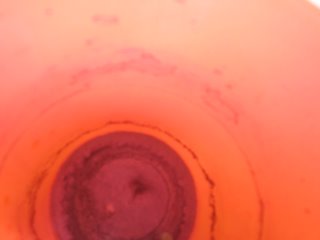 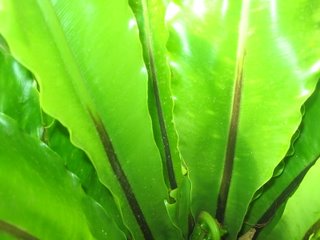