For some reason I cannot get into twitter, on my computer or my phone, and haven't been able to since late last week. This has led to a somewhat heightened productivity on my part about which I can't complain, but it has also led to a few emails asking if everything is, um...okay?

Things are fine. I have not fallen down a mine shaft, I am not giving birth on some remote hill, or wandering the bush clutching a baby with wildflowers knotted in my hair nor am I in hospital under surgeon's lights, the baby is firmly within.

We had a scan last week to check out the size of the baby. They are notoriously unreliable, but we decided to believe her when she said it looked like he was about 6lb10oz or just on 3kg. Even factoring in an average growth pattern, he will be smaller than Una by their estimates, and I feel sure that is the case too. It was exciting to see him again, I am looking forward to meeting him. We got a good look at his face with the 3D, which was kinda amazing. And she pointed out the scrotum and penis, so no surprises there! Una was more patient this time, I think she understood more of what she was looking at.

The gestational diabetes has been getting me down a bit. Sometimes I'd like to sit and read after dinner, or loll about watching tellie instead of finding a new hill to march up. Sometimes I think I've eaten the right things, thrashed up and down hills only to be disappointed when the monitor beeps and tells me my blood sugar is higher than I thought, and I think dammit, I may as well have had a bowl of icecream for dinner. The tips of my fingers hurt all over (chopping pineapple the other day was so much not fun). But being told the baby is a good weight, and being fitted for a bra and finding out the size across my back is the same as it was before I was pregnant with Frederique, and being able to honestly tell people I feel fit and well and I am genuinely enjoying the being pregnant part...well, it's a good pay off. And having the occasional person say 'You look GREAT!' (instead of 'Oh my god, you're enormous, it's going to be a big baby, is it twins, are you overdue, blah blah') has been nice too.

Apart from all that I am: teaching my last class on Thursday, marking two theses, soon to get stuck into what is hopefully the last structural round of rewrites on Only Ever Always (and still basking in the glow of a rave reader's report from one of my favourite editors). I am doing bits and pieces of Christmas shopping, knowing that it might not be so easy later on. I am reading a little between walks - Bye Beautiful by Julia Lawrinson which was SO SAD and I adored it and When You Reach Me by Rebecca Stead, which was very very good but I was puzzled about what made it YA. To me it was very much sophisticated middle fiction, and all the better for it. I wonder if that category is an endangered species...

Also we went to an alternative technologies festival on the weekend called Practically Green and got very very excited about worm filled septic tanks. Such is our strange little world. Actually, I am still rather enthused.
thought up by me, Penni Russon at 11:55 AM 5 comments: 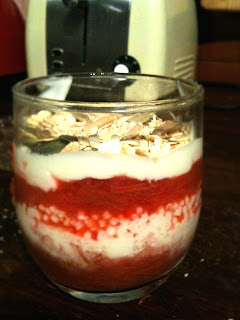 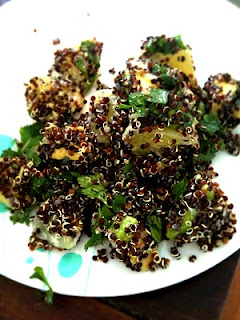 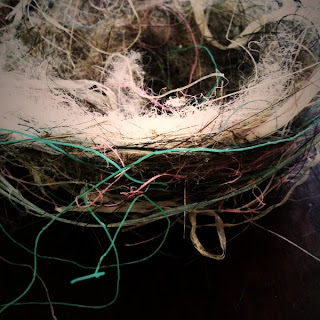 On Friday, I am off for a big baby scan (notoriously unreliable). But I'm not really worried about the size of the baby. I have a strong feeling he will not be as big as Una (4.55kg, or just over 10lb and posterior, which meant her head came out the big way). For no real reason, just intuition/positive thinking. And a few weeks ago Martin and I did a hypnobirthing course, and I can see where I could have used some of the techniques birthing Una to make it easier. Where I was quite nervous about the birth before, I now feel reasonably Zen about it. I am not exactly looking forward to it (which I was with Fred), more willing to surrender myself to the process and allow it to play out as it does.
thought up by me, Penni Russon at 2:24 PM 8 comments: