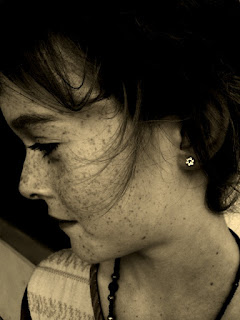 The ghost of the girl you once were is everywhere Frederique. She slips in and out of the shadows of your face, and in your brother's face who is so much like you. She brings messages from the past, but I cannot send a message back to her. She does not stay to notice what the world has become without her. She is a spirit of the wind, and nothing will pin her down, she is the moment between breaths, she is here, she is here, but when I reach out to touch her she is gone.
thought up by me, Penni Russon at 11:20 AM 10 comments:

A Stair Where I Sit 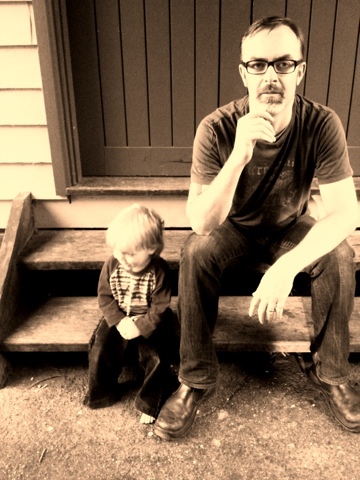 thought up by me, Penni Russon at 9:13 PM No comments: