discovering
my favourite semiotician
Roalnd Barthes
was hit by a laundry van
and a month later
‘succumbed to his injuries’
and died.

I’m thinking
of doing a PhD about it.
thought up by me, Penni Russon at 9:24 AM 3 comments:

Una says into the room:
I know what an endsister is
And nobody hears her but me.
It’s a kind of a ghost

My children are ghosts.
Visitations.

Later
She says it again
Pressing more insistently
Against the air.

Frederique
Who is seven
And has only recently uncovered
All the secrets of the known universe,
Corrects her

Una’s disappointment and mine
Make the same pale figure.

She shimmers once,
More real than your grandmother's grandmother,
Before she disappears.
thought up by me, Penni Russon at 8:04 PM 3 comments:

The Secret Life of Frederique

The Contradiction of Dog

Sad wagger
thought up by me, Penni Russon at 8:28 PM No comments: 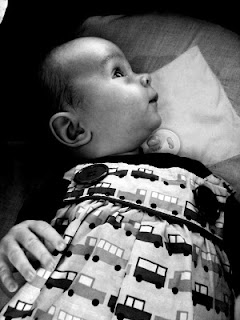 And suddenly you are tired
We walk towards home

The constant fall
Of rain
Makes you whimper

Fear has no shape
It is only bloated
With appetite

You hold my hand and cheer up.
You tell me that if I died
You would die.
thought up by me, Penni Russon at 10:32 PM 2 comments:

I just don't mind
if no one
is listening


---
*Thinking of Queensland and the terror and chaos and loss and sadness in the face of it all, as the rain here falls, gentle and persistent, a reminder and a lament.
thought up by me, Penni Russon at 10:10 PM 2 comments:

In a single storey
Beachside burb

Unfamiliar streets
But I know this life

End of the street
The sun sets
A veil of rain
An aching sky
thought up by me, Penni Russon at 10:48 PM No comments:

Showers baths
Weather
The tumble of sisters
The sound of passing planes
My hair, which is a miracle to you

Your voice,
Which you found
Singing in your throat
thought up by me, Penni Russon at 5:03 PM 6 comments:

Outside
There’s a dragon wind

I think he is going to go with Proust
“Your soul is a dark forest”
Or Gibran (popular at weddings and funerals):
“If you reveal your secrets to the wind
you should not blame the wind
for revealing them to the trees”

Instead he tells us
Two thousand
Two hundred
Cut to the ground.
thought up by me, Penni Russon at 1:14 PM No comments:

I travel to the ends of myself
To meet you
Once I spoke your language
But I have lost it now
Still, we get by
With gestures and smiles.

Your tongue curls
To take the shape of my nipple
And the borders
Dissolve.
thought up by me, Penni Russon at 3:15 PM 2 comments:

The taste of the mild summers of my childhood

We have a new calendar. It was Fred's self-appointed project the other day to begin filling it in - taking the empty year, the one that belongs to everyone, and giving it a distinct Russon-Jorgensen shape with birthdays, dinners with friends, impending interstate and overseas visitors and upcoming holidays. All these promises, and yet those days too will tumble by, fall into the past and earn their etched in 'x' drawn in turn by Una and Fred at days end*.
This morning: 'It's a new moon!' Fred called, as though it was an event on our social calendar. The phrase rang in my ears, suddenly absurd, and became the title of today's month of poetry attempt (rather hurried, which is fitting, because we had a busy day of rushing around achieving nothing).
Time rushes past. Avery is seven weeks old. All of us are longing for him to stretch out and grow, to laugh, to play. And yet today, as the girls observed that Avery's carseat needed adjusting, Una said sternly: 'No more growing Avery.' It's a delicious state though melancholy, living mindfully of time passing, knowing how precious the days are, how temporary.
*Today Fred asks to cross out today's date at 4.30 in the afternoon. I'm not ready to call it.
NEW MOON
A new moon
For a new year

Both rise
From the same ancient source

The flare of light
The beginning of all things
thought up by me, Penni Russon at 5:07 PM No comments:

When Fred was a baby a friend told us of a magic trick. She said apparently if you stroke a gentle fingertip down from between their eyebrows to their tip of their nose it induces sleep as their eyes drift closed. It didn't work for her newborn but lo and behold, it worked for Fred. It wasn't foolproof, and as she got older and resisted sleep with every fibre of her being, it fell into disuse. Instead we would lie with her and recite the times table, often getting up to twelve before she would finally submit. It seems bizarre now, the lengths we went to, when at seven she is entirely sleep independent.
With Una, we were dismayed to find the old trick was ineffective: her eyes would spring open, wider and wider with every stroke (and if anything she was better left to her own devices). But on those rare restless days, we somehow discovered for her it was a matter of starting from her temple and tracing down her cheekbone.
'Show me,' she demands now, as we tell her this in yet another session of family mythmaking, which is daily since Avery arrived. Martin shows her and though she is wide awake, her eyelids flutter, her eyes inadvertantly roll back and for a moment we see those sleepy whites, some residual body memory has kicked in, more primal and more powerful than her cognisant one.
For Avery, who sleeps well but cries more than the others, it is a flat firm stroke of the forehead, my hand almost covering his downy head. In the time it takes the string of his musical elephant to retract, he will fall into sleep. He might wake and fuss, but a few steady applications of this ritual and he will eventually fall deep into a proper, lasting sleep.
thought up by me, Penni Russon at 7:48 PM 3 comments:

One of my New Year's resolutions was to write poetry. When someone tweeted that they were joining a month of poetry challenge I thought it would probably be a good start. I've signed on to write a poem every day in January (I missed the first two days. I have terrible commitment issues so it may all come to nothing, but I have written one poem so far which is as many as I wrote all last year).

Anyway, because blogging more regularly is another one of my new year's resolutions, I thought I'd post my poems here. Fred made banana choc-chip muffins this morning, we bought her a cupcake maker for Christmas (like a big sandwich press). In some ways it's kinda silly (it's not that different from making cupcakes in the oven but Fred has a wonderful sense of ownership and productivity when she uses it, and it does actually make especially nice muffins).

Flour scatters the dust of itself

In orderly cubes) tumble across the bench

Chocolate drops are measured out covetously

(You are jealous of the riches of your own creation)

Butter, a banana grown old and almost beyond usefulness

And lastly a single brown egg laid by your own hen

(Each warm discovery still a surprise

Like the same astonishing secret told over and over)

There is more substance here than in the making of you

You began out of nothing

Merely there was two specks of indifferent matter

You bring me confections

Made of stuff and air

Made of gravity and weightlessness

Of heat and alchemy

Of the labour of the body

Of the transcendence of spirit over matter.