This is why we call it The Cake

Pink Cupcakes
Even though Fred's birthday was, like, ages ago, our postponed par-tay happened on Saturday night. We had 6 kid-friends (all girls, except one boy, Quinn, who was permitted due to his status as baby) running wild around the house while the grown ups (parents, plus Zoe and Dan) quaffed champy and ate stuff (I forgot to put half the food out though!) and talked and it was lovely to be socialising when it was dark outside. Fred was so deliciously tired at the end of it all, eating sausage rolls in her pyjamas because she forgot to have dinner during the party. Afterwards she had to check with Martin, 'Am I still four?' Someone at the party asked her how her actual birthday was and she said, 'It was very stylish.' Riiight. As you will see from these photos our kitchen is not at all (stylish). They called it a country kitchen in the ad. Is that the exposed brick? Or the mushroom pink laminated benchtops?
These teeny little cupcakes were actually strawberry, raspberry and white chocolate muffins witha funny old made up cream cheese icing and were extra delicious. And how much do I love silicone bakeware patty pans? 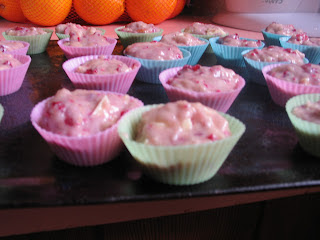 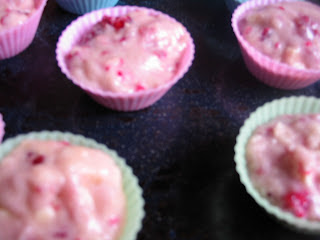 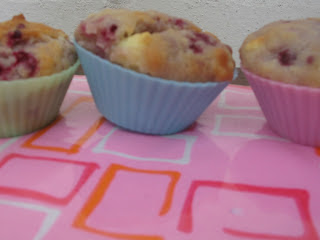 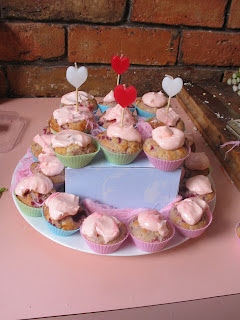 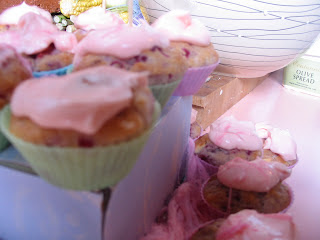 Kitty Cake
But wait, there's more. Cake that is. Aunty AJ and Uncle Ben were away in Byron Bay sunning themselves for her birthday, so we had a final cake with them today, plus a birthday lunch fit for a queen (that is if the queen is into eating sausages with her hands). This morning she requested not to have more cupcakes (dang, I so wanted to use the silicone patty pans again), and found a picture in the cake book of an elaborate cat cake. To be honest, I was pretty impressed with myself for coming up with a cat cake at all at the eleventh hour (it really was 11 too, 11am that is.) I stole the idea for this cake from Jo, she made something similar (but I think less goofy) for her Lulu Plum last year, but though I searched flickr and her blog, I couldn't find the pic - she must have emailed it to me (which means I still have it as I never delete emails, much to Martin's distress at my cluttered inbox). 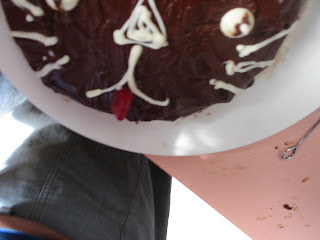 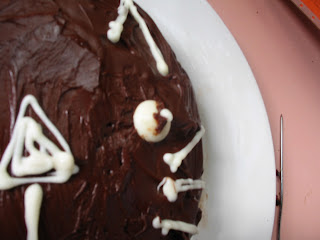 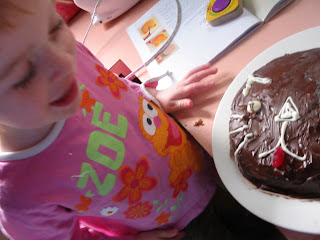 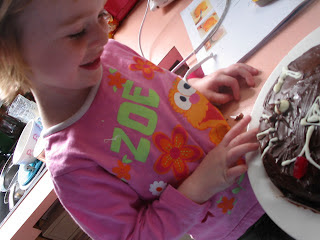 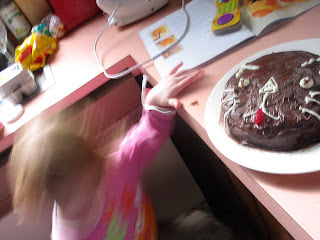 Ballet Girl
The other thing that has happened in Fred's life since she turned four is ballet. Every Saturday at 1pm a group of outrageously cute girls dressed in navy blue get together to do secret girl's business - no parent's allowed. The first lesson was as exciting for me as it was for Fred as this was something she initiated. There was a beautiful moment when she arrived for her first lesson (we got there early to get the last bits of her uniform) where she was peeking in through the keyhole at the bigger girls having a class. It was such a heightened moment, such a potent image reminding us that we can't see what she sees, that her eye is connected to a private internal life. Not being able to stay at ballet to watch is both excruciating and exciting. There is a concert at the end of the year. I am so proud of how brave Fred is in new environments, when the first class started she ran inside and didn't look back. She doesn't like talking about it much, but once she had her ballet clothes on again this week, her eyes filled with stars. 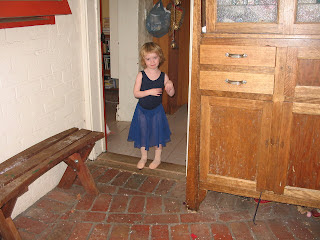 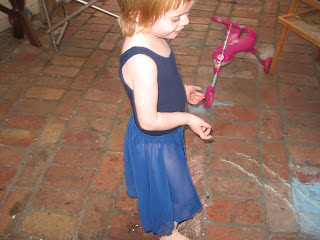