And then she was two.

Una was lying on the floor crying this morning, her forehead pressed to the ground, because I wouldn't let her have another turn on my computer (it freaks me out watching her bashing the keyboard). Martin joked, 'Are you just going to be terrible two now?' and she sobbed, with clear annunciation, 'I'm not terrible.'

I love other people's two year olds - in fact it's my favourite age in children I'm not responsible for rearing. But when Frederique was two I must admit it was a struggle. It was mostly the shock really, that this gorgeous, happy, easygoing baby transformed into a small person filled with rage, frustration and so much misplaced POWER, and most of it was turned against me. At the same time she was funny and delightful, emerging as a social creature, enraptured by her friends (though she was a bit of a thug as well) and developing a sense of humour, with its own referents, not just giggling in response to us or things she saw. Her memory for people and places was awesome (better than it is now). Her favourite movie, delightfully, was Travelling Birds (a documentary) which she would watch over and over and she had these five wooden people who she would arrange in secret corners of the house. But I was pregnant with Una from when Fred was 19 months (she was nearing 2.5 when Una was born) and Fred slept terribly the whole time, up and down and in and out of our bed, more up than down - every few nights she would just be AWAKE for hours in the middle of the night (was it so often? It seems as though it can't have been that bad...but it was pretty bad). She also hardly ate anything except cereal, bananas and yoghurt. Una has had some phases like this but for some reason I don't feel quite so personally involved in Una's body - if she doesn't eat it doesn't bother me, if she won't sleep during the day we get her up if she's wakeful during the night we pop the Noni CD in for her). She would often refuse her day-sleep or she would sleep and then she'd wake up in a foul mood that would rise in pitch until all the local birds evacuated and I'd end up crumpled in a heap in the corner of the kitchen weeping on the floor (literally, once or twice - Fred would either join me or hug me, she's always been very compassionate). Almost exactly around the time Fred turned three she transformed. She started to sleep through the night in her own bed, eat our food and stopped hitting and biting...most of the time.

Una is a very different girl and I'm more balanced these days. So I suspect I'm actually going to, for the most part, enjoy two this time round. Already cranky behaviour and extreme reactions I found bewildering and personally assaulting with Fred I find somewhere between mildly amusing and mildly annoying in Una. Part of it is that I know it's not personal this time. But an advantage with Una is that her language is more advanced, not so much her vocabulary but the way she uses it - she is far, far more communicative than Frederique was at the same age. Language for Fred was always malleable, always a game, more internal, directly connected to her imagination - which naturally led to a lot of misunderstandings and miscommunication (and still does). There's always been a sense that Fred's language emerges from the subconscious, that she's a postmodern magpie, collecting all these glittering words to arrange and rearrange for her own mysterious reasons (maybe she will be a poet). For Una language is about connecting with people and communicating her needs or inquiring politely after everyone else's. This morning when Fred wanted to hug her she pushed Fred away and said, without any kind of lead from us, 'I'm a bit cranky.' That she is this in touch with her own feelings and what they mean, and that she is able to talk about them in such a useful way, amazes me. For Una, language is more like a set of building blocks, creating structures that are practical, sturdy and quantifiable.

Another advantage is the love object. Una has baby, who looks quite a lot like this: 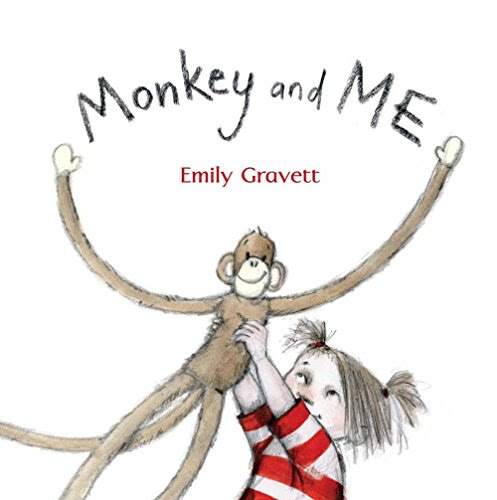 So much so we had to buy her the book. The only transitional object Fred ever had was a song. Which was unfortunate because it required one of us to sometimes endlessly produce it (though the uncanny sway it holds over her is one of my greatest pleasures as a mother).

Also I now know, nothing lasts forever. With Fred every stage was the new normal. There was always anxiety surrounding it. Only recently have we been able to accept that these things come and go and that there is often little we can do to ward off the harder stuff - we all ride it through together. Sometimes we made Fred's phases such an enemy that it seemed Fred herself was the enemy. Now we know the best we can often do is hold her (when she wants us) until she's ready to let go. Self-blame and guilt, anger and retribution are about as useful as trying to hold a flood back with chocolate mousse.

So two. I am not afraid. We've been here before. And I don't think it was ever really as bad as we thought it was. Or perhaps we have forgotten. The other gentle blessing of parenthood - forgetting.
thought up by me, Penni Russon at 2:21 PM